FreeCell Solitaire is a famous variation of everybody's beloved single player card game for Android and iOS devices. Of course as any other Solitaire game ultimately it is still about stacking cards from Ace to King.

♠ How do you play Freecell Solitaire? ♠

In Freecell you have to pile up all cards in the free cells - yes, that's where the name comes from - in ascending order and identical suit. If there are four complete piles of Hearts, Spades, Diamonds and Clubs you have beaten the game.

Unfortunately all cards are randomly spread across the eight columns in front of you. You have to uncover them and play them out strategically.

♠ What about the other free cells on the table? ♠

You can think of these as your temporary card storage facilities. Your general goal should be to place all cards somewhere in the eight columns. However sometimes there might be no chance to place a card there, but underneath it is an important card you can use. You can place the unwanted card in one of the free cells and get access to the one you need. Very handy, isn't it?

On the playing field you can move single cards around just like in the classic Solitaire version. For example you can attach a red six to black seven in another column. 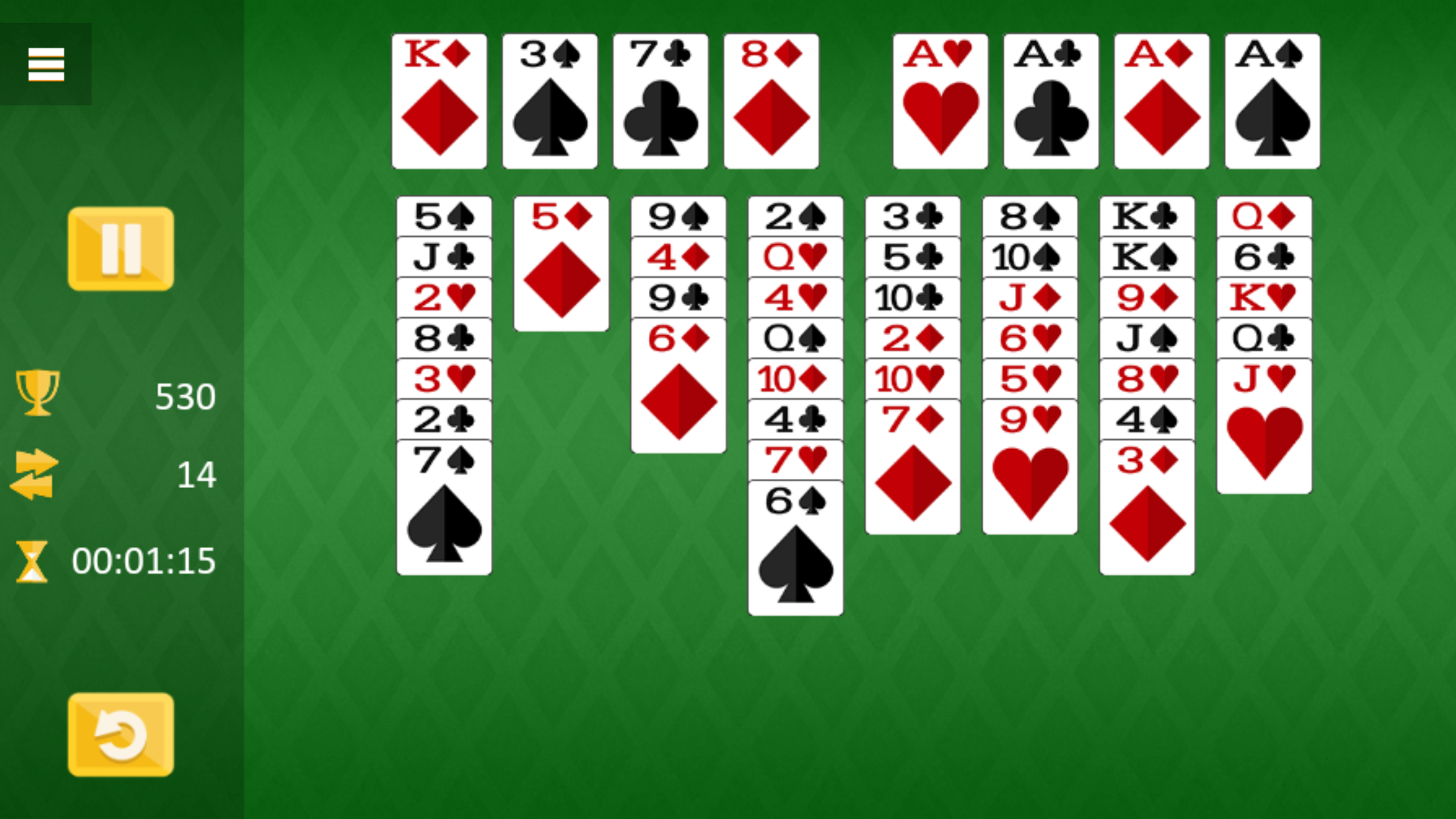 ♠ A few Tips for Freecell Solitaire ♠

Learning by doing is one of the best tipps we can give you right here. But still, even if you have never played FreeCell Solitaire before there are a few things you might consider from the start:

If you try to follow these simple instructions you will have an easier time solving Freecell Solitaire. But we're not going to lie, it still isn't a cakewalk for beginners. But as with everything in life, it gets easier with the time.

Do you prefer playing on a PC instead of playing FreeCell Solitaire on your Android phone or iOS device? Not a problem, it will run everywhere.

And while you're in the right Solitaire mood, why not try the original free Solitaire?