The original free Solitaire and one of the most played single player card games in the world. The only one to beat here is yourself. At least it doesn't matter if you are a sore loser then.

Solitaire is and always has been one of the most famous card games in the world. Perhaps that is due to the fact that you don't need anyone else to play it with. Or it is simply because it is relaxing and challenging at the same time.

♣ Free Solitaire for Android and iPhone ♣

First of all this Solitaire game is available on basically any platform you would like to play it on. You can either download Solitaire from Google Play or Apple's App Store, or play it instantly in your browser on your Android or iOS smartphone and of course on your PC. But no matter where or when you play, this is the definitive Solitaire version focussing on classic single player card game fun.

Solitaire is a user-friendly game that is really easy to understand, but requires that you invest a bit of time to really master it. As with any other skill based game, you will get better the more you play it.

♣ Solitaire is the King of Single Player Games ♣

Most card games are played with two or more people. And it is fun to play with friends and family. If you're winning, that is! But spending a whole evening losing Gin Rummy or any other card game against your best friends can be incredibly annoying, can't it? But worry not, as there is always Solitaire. The game you can play alone in your room without anyone. It's already implied in the name, since Solitaire is french for "Alone".

The only one to beat here is yourself. And maybe the time. Since the early days of Windows Solitaire this is the one card game that every computer owner wanted to beat.

Today you can play Solitaire on your PC and mobile device in any web browser or download the Solitaire app for Android and iOS phones and tablets. It's completely free, by the way. 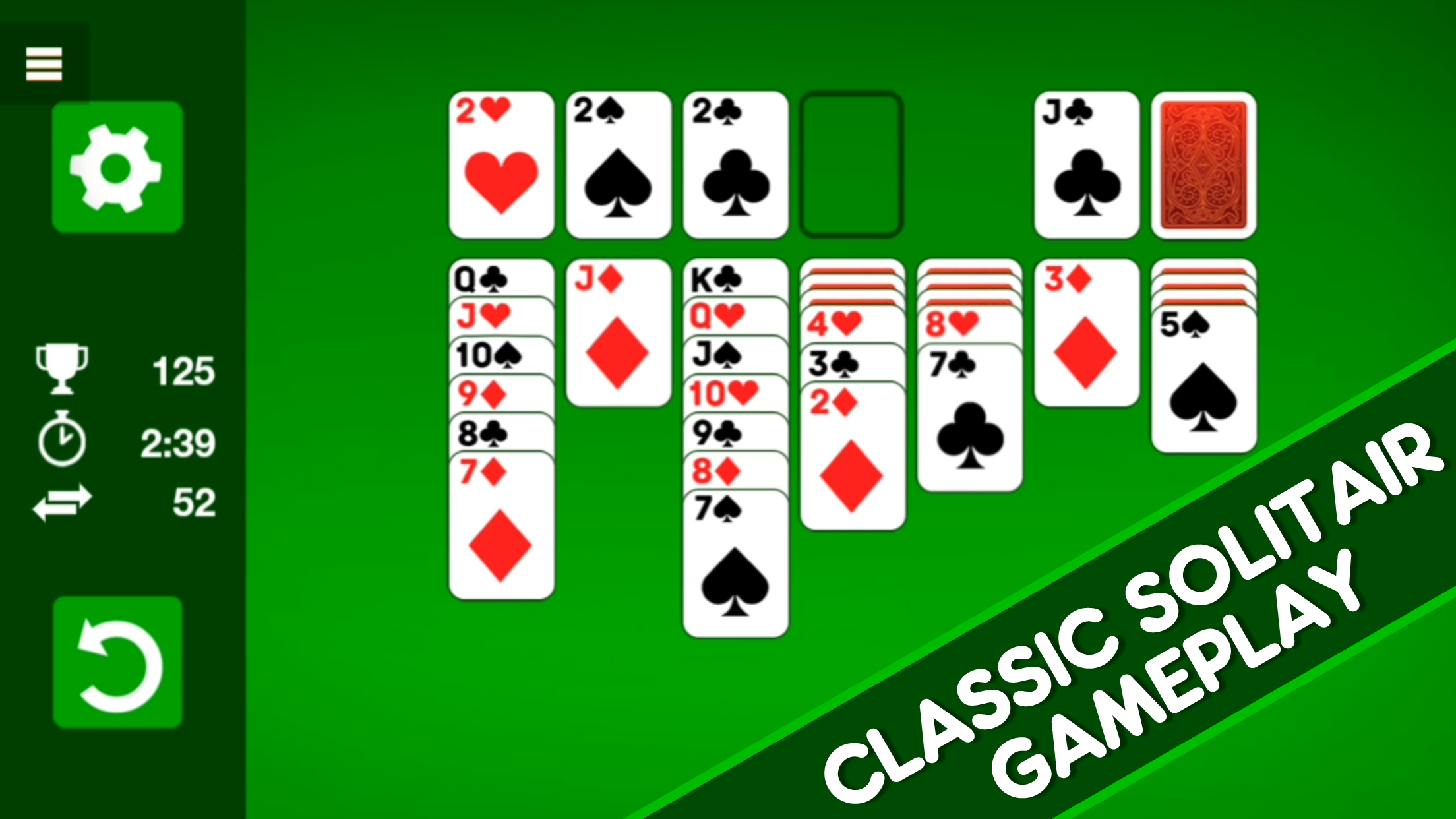 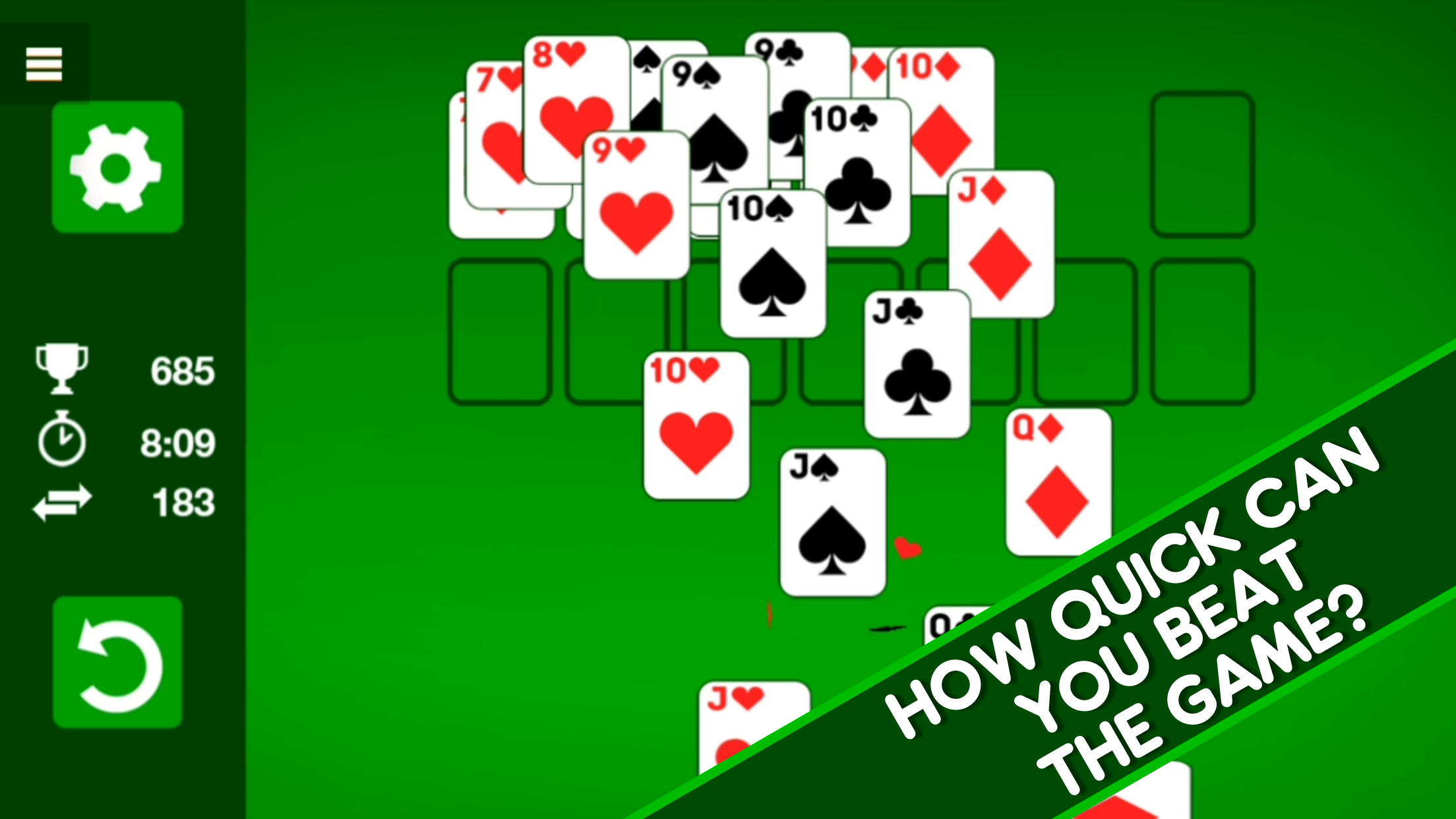 There is one goal: bring all the cards onto four stacks - one for each suit - from Ace to King. However the way there is a little more difficult.

You need to order all cards you see and the ones you uncover in the columns you see on the screen. And you can only add a card to a column, if its number is one below the current last card there. For example if the last card in a column is a red 9, you can only add a black 8 to it, followed by a red 7 and so on. So you need to form columns in a descending order with alternating suits.

If you come across an Ace it must be sent to one of the four empty fields at the top. Ultimately you have to stack all cards onto these four Aces, this time in an ascending order and all in the same suit. So if you see a 2 of hearts, and the Ace of hearts is already waiting in one of the four boxes above, send it there.

The catch is that you have to uncover all cards in order to move them onto those four stacks. You can also move complete groups of cards from one column to another. There might be a lonely red King of Spades lying around, while in another column you have a group of five cards starting with a Queen of Spades. You can move the whole group and attach it to the King then.

It's really not a complex game to understand. But it definitely is one of those games that are not easy to master without putting a little effort into it.